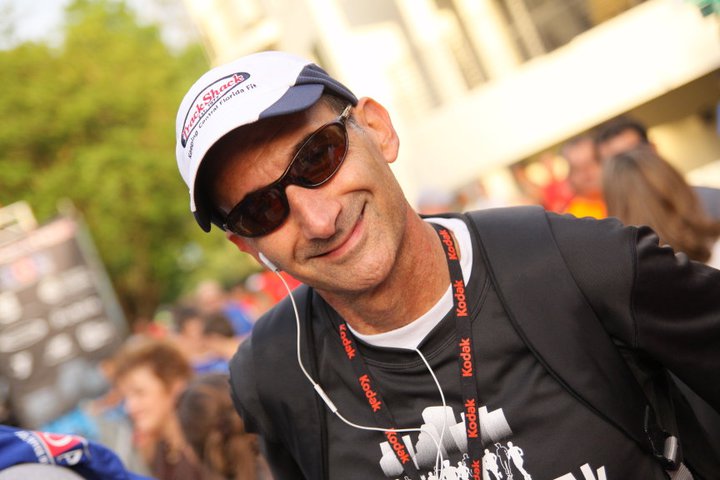 You know, it’s been a long time since I first got into the business of serving athletes. When I look back on all of it I see a whole bunch of hard work, but at the same time I can’t help thinking that there have been some equally funny (if not sometimes ridiculous) things myself and the staff have encountered along the way. It’s kind of like being a runner in general: there is a lot of grinding out on the roads and tracks, but at the same time all that is done with some of the best people you could ask to be around, and subsequently you have some of the funniest memories of those rough times.

That being said, figured it’s about time I gave everyone a look beyond my giant wicker “race director” hat and yellow coat. So with that said, I’ll be putting together a series of quick blogs to show that my  life isn’t all about organizing events ranging from 1,000 to 50,000 participants, sweating logistics, keeping angry drives off the course, and frantically running out to lead kids runs!

A particularly fun one was at the Disney Family 5k – and we always ‘theme’ the 5k runs. So as the runners were lined up waiting for the start, the entertainment team comes out and starts their show. It was great, and a classically well put together Disney production. Well, what I didn’t realize since we didn’t think to go through their script was that there was a line in it that read “now go to….” Now, off course being a bunch of nervous, focused athletes waiting a call to arms, all the runners heard was “now go.” And they went. All we could do was watch as the flood of athletes came by, but as the last few runners streamed past (after all leaving early – luckily it is not a timed event) I caught a glimpse of the show manager looking down very sheepishly. I walked across the road to him and said “You know…” but before I could finish he goes, “I know, I should never have the ‘GO’ in the script” and he apologized. All scripts are now scrutinized ahead of time to prevent just that type of surprise.

Similar to that frantic search for a man-made, mechanical issue was the super cold weekend, and you probably know which one I’m talking about, were we were left scrambling to find an answer to Mother Nature’s wrench in the works. The level of cold we were experiencing that weekend ended up thrusting us into another situation where ingenuity and quick thinking were the order of the day. Anyway, on Sunday it was so cold for the marathon that the water was literally freezing in the cups, and any that spilled on the ground quickly froze over into a Florida equivalent of good old black ice. Of course we do not have road salt here in Florida, so Tom (my operations director) did the best he could with what we do have plenty of down here: sand. Tom went out in a rush ahead of the race and put down sand at all water stops and anywhere else there was water to help keep athletes on their feet.

Thank you Tom, and Jon, for all the work you do for the running community. That cold race was my first marathon and using my finger to break through the top of the cup in order to drink was definitely a new experience!

Thanks for all you do Jon.Thanks for the laughs as well!